Can a Movie be Better Than the Book?

Usually there’s no contest between the book and the movie, but this list suggests that sometimes, just sometimes, the movie might actually be better…

In order of Movie Greatness, here’s my list of 5 movies that were better than the book. Yes, really. Some are new, some are classics and some may surprise you.

Sit back, grab some popcorn and enjoy! 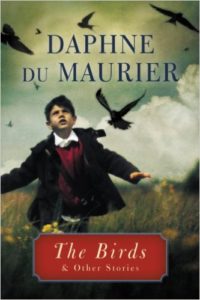 While the basis of this short story by du Maurier was similar to the book – birds start attacking humans –  unlike the movie, the book is set in the UK and (spoiler alert!) does not end happily. It’s a long short story and not particularly scary, or (I think) that riveting, unlike some of her other works, which really are page-turners.

The movie is way better – even today, when it seems pretty dated, especially this obvious green screen – because Hitchcock develops the tension amazingly effectively, much more so than du Maurier. After reading The Birds, I wondered why he decided to even use it for the movie, although I’m glad he did. 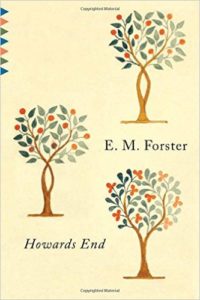 The movie was an Academy Award-winning Merchant Ivory production, starring Emma Thompson, Anthony Hopkins and Helena Bonham-Carter. Like its more famous cousin, A Room with A View, Howard’s End is an adaptation of an EM Forster novel, and deals with class and relationships in Edwardian England. Personally, I find this production not as amazing as Room (it doesn’t have the incredible music score) but the great actors alone make it worth watching.

Unfortunately, the book is not as entertaining as the movie. It grinds on and on and is, frankly, dull. (Unlike A Room With a View, which is just as much fun as the movie). And when reading the book you can’t even become distracted by the gorgeous costumes.

I loved the book; really fast-paced, page-turning with epic battle scenes. However…I liked the movie more. Why? Because of the styling. The gorgeous sets of the Capitol, the Louis XIV vibe to the costumes, the colours – so cool. Plus, the movie has Jennifer Lawrence!

A Scanner Darkly, like Minority Report and Blade Runner, is based on stories by Philip K Dick. Unlike the other movies, Scanner sticks fairly closely to the book’s narrative about a totalitarian police state and an undercover cop. Scanner is a grim read, full psychosis, drug dealing and a bleak future-view. The book is slow going in places and, although it’s got some interesting elements – like the main character’s coat, made up of images of people – I didn’t find it the easiest read.

The movie isn’t the easiest to watch, either, and it does help if you’ve read the book. But there are three things the movie has that the book doesn’t. These are: Keanu Reeves; a tighter script; and AMAZING rendering. If you’re into weird-but-interesting movie productions, A Scanner Darkly is a must-watch. Howl’s Moving Castle by Diana Wynne Jones is a great read; the story of Sophie Hatter and Howl, the wizard without a heart. BUT, although the book is good, the movie by Hayao Miyasaki is gorgeous! The beautiful anime alone makes it worth watching, but Billy Crystal as Calcifer the Fire Demon is fantastic. (Apparently Diana Wynne Jones wasn’t overly impressed by the movie, but I think she was way too picky. If someone wanted to set one of my books into a landscape as wonderful as this film, I’d be delighted!)

Death on the Nile If you like period dramas and murder mysteries, this is definitely a must-see. The book, by Agatha Christie, is a good read. Christie’s husband was an Egyptologist, and she spent a great deal of time on and about the Nile, so who better to write about a group of affluent tourists on a Nile river boat? Confusion abounds when one is murdered. Fortunately, the world-famous detective, Hercule Poirot is among the guests.

I’m not entirely sure this movie is better than the book (which is why it’s a runner-up). But it has four things that just might make it superior:

This trailer is so dated its retro! Don’t you just love the music…

Note: if you enjoyed A Death on the Nile, try Murder on the Orient Express.

Usually there’s no contest between the book and the movie, but this list suggests that sometimes it’s possible to expand on a good story, and make it even better.