I’ve been reading a lot of fairytales. 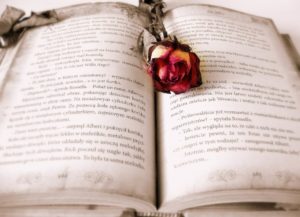 This is partly because I’m writing my own collection, and it’s always helpful to see another author’s work.

But mostly I read fairytales because they’re just darned fun! Even though the ending is never in doubt, still, its great to anticipate the twists. And think, wow, how did they come up with that?

There are a host of fairytale retellings to choose from, from Marissa Meyer’s science-fiction cyberpunk Cress to Gena Showalter’s White Rabbit in Zombieland series.

The four books here are some of the best of the genre that I’ve read in the last two years.

One you’ve probably heard of, but two were totally random finds on the library bookshelves, and one was such an unexpected treat that I wanted to share it here. Book Reviews (In No Particular Order)

1. Nameless: A Tale of Beauty and Madness by Lili St Crow

This little gem is a Snow White retelling. A battered child is found alone in the snow by the godfather of the Seven — one of the powerful, mafia-like families, that rule the magic-ridden city of New Haven. The child, Camille, does not remember her real name, nor why she has such terrible nightmares. And always there’s the smell of apples, oh and yes she has to be careful of mirrors… Nameless is a grim-dark kind of story, set in an alternative reality, and the world-building is truly fantastic. If anything, I’d love more information about the Seven and all the other characters that dance in and out of the story with no explanation, but have strange, mysterious pasts. Like Marya, the fey croissant-making housekeeper and the Potential, that turns adolescents into magic workers, sometimes with unexpected results. 2. The Sleeper and the Spindle by Neil Gaiman

This beautiful book has stunning illustrations by Chris Riddell. Although the story begins as a Sleeping Beauty retelling, it quickly morphs into something much more interesting. It’s a very short read, but its the sort of story you can turn to again and again. And like most of Gaiman’s works, The Sleeper and the Spindle is pure, beautiful, quirky escapism.

Enchanted suffers from an unremarkable title, but don’t let that put you off. The story is about Sunday, the seventh-born daughter of a woodcutter and a very strict Mama. Kontis skilfully weaves Jack the Beanstalk, the Princess and the Frog, Little Red-Riding Hood and a host of other fairytales; there’s even a nod to the original Grimm Brothers versions. This is a funny, quirky and exciting story and its well worth reading. 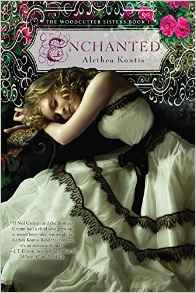 4. The Snow Queen: Heart of Ice by KM Shae

KM Shae specialises in fairytale retellings, and they’re all great reads. Heart of Ice is my favourite — even though it’s not a strict retelling — but I totally recommend Rumpelstiltskin too. Heart of Ice tells the story of Princess Rakel, exiled from the palace because of her magical control over snow and ice, and how she overcomes the distrust of her captors to save them from an invading army. The story is really about learning to accept who you are, and its both entertaining and fun. It’s a clean read, but not a dumb read, and its the sort of book that mothers and daughters can both enjoy. Plus, its cheap (!) and there’s more in the series to try!