Why do I need to Plot?

Writing a novel takes ages. Even seasoned writers, who write full-time and churn out 3000 – 5000 words per day will take at least a month to write an entire book.

For new writers, or part-time writers, or writers-who-procrastinate, a novel can take years.

This means it’s essential to have an idea of where your story is going – that is, the plot. You need to know your characters, your settings, and what’s going to happen.

All this forms part of the plotting process. 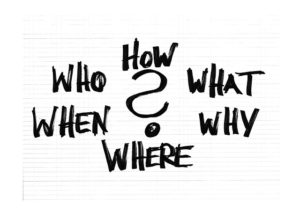 Are you a Plotter or Pantser?

Generally, writers are either a Plotter or a Pantser.

Plotters tend to write each scene in advance. they know what the main turning points are, and the actions of each character. Sometimes their scene summaries are so detailed, they may as well be mini-novels. When they come to write the book, it’s simply a matter of adding the descriptive language, as well as some connecting scenes.

Pantsers (also termed Discovery Writers) discover what happens as they write. They’re called Pantsers because they write by the seat of their pants.

I’m a Pantser. So annoying!

I’ve always wanted to be a Plotter. Seems so much easier, and faster. No more writing and then deleting stuff that doesn’t make sense. If I was a Plotter, I could tap out a novel in a month. I’d be fast, streamlined, and in control.

Unfortunately, for me, plotting is like a kiss of death. Soon as I plot something in detail, I lose interest. Whenever I’ve tried to do a beautiful chart, setting out time and place and action and characters, I’ve never finished the book.

It seems that the reason I write is to discover what will happen next to my characters.

Risks of Plotting and Pantsing

If you’re someone who plots each scene, be wary. Even though you know what’s going to happen next, your reader doesn’t. They don’t want to know.

Readers want to be surprised.

If you’re a detailed plotter, make sure your story doesn’t become static. Watch for formulaic writing.

Don’t forget about connecting scenes. They probably won’t be in your plotting, but they can be as important as the main action points.

If all you’re plotting is the action, it’s easy to forget about your character’s internal monologues; their inward motivation. When neatly laying out each scene, don’t forget, your characters are essential.

The great thing about discovery writing is that your story will probably feel fresh, and exciting – because it’s exciting to you, the writer. And if you don’t know what’s going to happen, your reader won’t, either.

But if you’re a slow writer, like me, and you’ve not plotted out your story, there’s a risk that by the time you’re half way through the novel, you’ve actually forgotten what happened at the beginning of the story!

When Discovery Writing, it’s easy to disappear down a rabbit hole. Oh look, you think, I wonder what will happen if I introduce a new and quirky character? Then, before you realize it, you’ve wandered off on a tangent and your story has no structure.

And probably, over time, you’ll gradually become a Plotter-lite, or a Panster-lite.

The most important thing is: Keep. On. Writing.