It’s been a mad, wild ride, this year of 2020. For much of this year, it’s been hard to feel optimistic about anything, right?

And now we’re into November.

I’ve written a couple of blog posts this year – mostly about pandemic novels. From that, you can gauge what 2020 has been like.

I work full time in Supply Chain for a large meat company in New Zealand. The year began with China shutting down its manufacturing and borders, (try running a supply chain without China) and progressed through to a worldwide pandemic.

In April, New Zealand closed its borders and went into lockdown. 4 weeks or so of no-one traveling, workplaces closed, etc. But not the business I work for – it’s a food manufacturing business.

And in April, what was my job? To source sanitizer. (Not romantic or writerly, I know – but hey, it’s a living!) I wasn’t buying the little bottles you find at the supermarket: I buy barrel-loads of the stuff. And over April 2020, you just couldn’t find it, because the whole world was buying it and New Zealand is a long way away from most manufacturing.

Things grew easier in May, as some distilleries began to produce, and by June we were fine. But April was the toughest period, work-wise, by far.

Writing went on the back-burner for many months. Not only did I not have time: I didn’t have the energy. Watching the numbers of deaths climbing and the insanity of leaders – well, it saps your creativity.

Thank goodness the leader of New Zealand, Jacinda Ardern, listened to the scientists when they said – This is not just the flu. This is going to be really, really bad.

So now it’s November. At the time of writing, New Zealand has almost no active cases of COVID-19 in the community. Pub, restaurants, and bars are open: concerts and gigs are back to normal. We aren’t stupid – we know it can come back. But we have systems and tracking in place to manage this and the border is generally well managed.

It’s spring here in New Zealand. Today it’s Sunday, and the sun is shining. Flowers are out, birds are chirping. 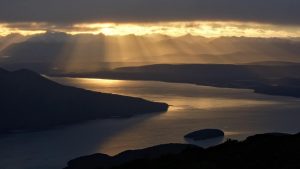 Today, Biden won the U.S. election. And I’ve written 20,000 words of a new story: a romance, set in my home-town of Ōtepoti, Dunedin. Starring a witchy-journalist and an absent-minded scientist, the story’s about nature and creativity and love and myth. It’s cautiously optimistic. Like me.

Oh, I don’t have a title yet. But at least I have words on a page. 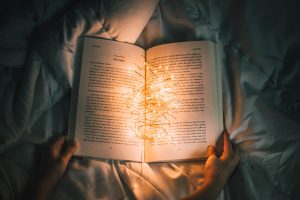 Most travellers agree: London is a fantastic city. There’s Big Ben, the Eye, Buck Palace and oh, only about a hundred galleries and museums – mostly FREE. Hey, what’s not to love about modern living mixed with gardens, palaces and loads of history?

In 2014, I travelled to London. Fun fact: writers notice things. We look at people: their clothes, their mannerisms, their habits. We’re aware of our surroundings: the light, the smells, the sounds. And, in the case of London – I was interested in the watchers.

Okay, partly this the result of a lifetime of John Le Carre and James Bond, and probably shows an unhealthy paranoia. But quite quickly it became apparent that in London, someone’s always watching.

What would happen, I wondered, if the tech, both public and private, became linked. Networked. And what would happen if this was used for facial recognition? I started developing the idea into a story, and quickly fell into the research rabbit hole. This is what I learned …

In 2014, FR was well under development. Facebook and Apple were working on it for app useage – FR sure makes filing photographs easier. But unsurprisingly, Governments and security firms were also interested. And in 2011, FR was used at the Superbowl.

Modern FR tech is a freaky thing. Modern systems don’t match you against a photo: modern systems map your face. Digital points are assigned to key points on your face, and an algorithm works out the distance between your eyes, the height of your nose, the width of your forehead and more. It works in 3D, and with a variety of light sources.

These data points are unique to you – and if the data set on your face is large enough, and accurate enough, not even a balaclava will hide you. Under FR, Zorro’s mask would be a waste of time!

I began developing the idea of Inner Fire, a story about a girl with a genetic ability, who could avoid a FR algorithm. And then I wondered who else might be interested in this ability, and what might be the other side-effects of such a genetic disorder. I learned about malignant hyperthermia, and fell into a whole new rabbit hole – but that’s a different blogpost.

I wanted to set Inner Fire in the near future, so as part of the story design, I had to imagine where this tech could lead … Scarily, it turns out, I was right.

At the time of writing this blog post (2018), it’s now possible to match FR against other biometric data: fingerprints, iris prints and finger vein recognition. These datasets can be queried almost instantaneously, so a match of who you are and where you are is very possible. This makes these systems highly effective at security (and customer service). That’s why FR will be installed at the 2020 Olympics.

Here’s an advertising video by FaceFirst, that shows how FR can be used.

There’s obviously a downside to the tech. In the hands of some governments, it’s frightening. Follow this link to see how China manages minority groups.

Can Facial Recognition have errors?

No tech is perfect: an algorithim is based on statistics and training, so there’s a learning curve, and errors can occur. With FR, the consequences of mistakes can be huge: a subject is mis-identified as a criminal. Currently, the data’s not as accurate for women, people of color, or trans- individuals, although no doubt that will change as algorithms are changed and improved.

In response to these concerns about Facial Recognition, last week San Francisco banned its adoption by law enforcement. Other cities are considering this too. Not London though – at least, not as far as I know.

Who else is developing this technology?

More scary than the tech itself is the question: who has access to these lovely, juicy datasets? As soon as any data is linked to the internet it becomes vulnerable. So, why bother to create FR tech when you can just hack someone elses?

My bet is that government spy agencies (maybe non-government ones as well) will be working out ways to hack these data-rich datasets. Hell, maybe they already have. Just last week, a secretive Israeli software company, NSO Group, admitted a hack on WhatsApp.

FR isn’t only being used on humans – a guy I know is working on an algorithm for sheep! There’s more information here on current trends in FR: https://blokt.com/guides/facial-recognition .

And all this leads me back to London. Because, as I say – writers notice things.

Back in 2014, I noticed all the cameras and had an idea for a story. If my heroine has a genetic code making her untraceable by cameras, what might an agency do, to discover her DNA? And if they came looking for her, how would she respond?

And so Inner Fire was born. A tale about Corinne Peterson, cursed with an hereditary disease; a secret government agency; and of course – true love. Inner Fire is fiction.

But sometimes fiction leads to fact. It’s exciting, but more than a little scary to discover that in 2014, I was right.